Women of the Blast

Beirut Port Explosion: Deepening the Suffering of Women and Crushing the Last Opportunities for Foreign Workers

The devastating Beirut explosion, on 4 August 2020, shook the entire city, killing around 220 people, injuring at least 6,500, and displacing 300,000 people. An estimated 150,000 women and girls have been displaced by the blast that devastated Beirut on 4 August, and among the many vulnerable groups, people with disabilities and migrant workers are turning out to be the most affected.

The Lebanese economic crisis and political deadlock highlighted the catastrophic inequality. According to the "World Economic Forum's Report on the Gender Gap," Lebanon ranked 145 out of 153 countries. The reasons behind that are the low rates of women's economic and political participation, as well as the patriarchal social and cultural norms. Unfortunately, the economic crises along with the tragedy of the explosion halted the progress on gender issues.

“It is a huge burden to bear the responsibility of 5 young children and you are not working… He (Abbas) was the one who worked, and he was the breadwinner and everything… I didn’t work for a day…” says Walaa, the wife of the last victim of the Beirut port explosion, Abbas Mazloum, He passed away after being unable to walk or move due to a spinal injury for months and the fatal final operation he had to undergo.

"We are leaving them in God’s grace" ... This phrase echoed by Abbas much in his last days, as if he knew that his departure would be the beginning of the tragedy for his family of six, without a breadwinner, in a patriarchal society that marginalized single women, especially in a remote village, as the town of Brital in Baalbek.

Walaa, 29 years of age, talks of Abbas' suffering during the 15 months he spent in bed, with only the ability to move his eyes in which he sees Walaa's daily fear of losing him, and being left behind with their five children he knew was going to be left to fate.

“Abbas was everything, but I did not expect one day that he would leave us...” recounts Walaa, who left her education while she was in her last year at the Institute of Technology, where she could've graduated and taken a professional license. “The day of the official exam was my wedding day, Abbas said,'' I don't want you to complete your studies, or even work, so I left my education and got married on that day.” When Walaa chose to marry Abbas, she was 19 years old, while he was 15 years older than her.

Today, Walaa looks at her children and says that she "never regretted it", but now she hopes to find a job to support her children, especially since the Lebanese authorities have not provided them with any assistance since Abbas was injured and did not even help with any of the costs of surgical operations or physical treatment that he received. The latter was injured during the tragedy of the explosion, as the family relied on the donations of expatriates and the support of the owner of the restaurant in which Abbas was a chef. Today, Walaa and her children are staying in her parents' house because she is unable to pay her house costs or most of their basic needs.

Walaa's suffering is not only physical and social but also psychological. She tells us how her eldest daughter hugs her father's grave while all she wants is to feel his presence, she tells us this while browsing pictures of Abbas with his five children on her phone.

She shares the suffrage of her tragedy with many women whose suffering has been deepened as a result of the Beirut Port explosion. According to UN Women, 51 percent of the affected population are female-headed households, while 30,000 women became unemployed after the explosion, according to the International Rescue Committee. In other words, a small part of the families headed by women has been left without an economic provider. A large number of women, who did not engage in any financial activity previously due to the prevailing culture of the society in some areas, felt the need to play this essential part now. "Women were forced to play additional roles to the roles they previously played after losing their partner or the family's breadwinner, such as engaging in the labor market," Celine Kik, a social specialist in the "Kafa" association. This is in addition to the violence that increased in frequency after the explosion, according to the association, as the support center received more than 100 calls related to reporting domestic violence immediately after the explosion.

The women who lost their lives to the Beirut blast:

Zahwa Al-Dada also survived the August 4 explosion, but the impact of life after she lost her husband and was forced to raise her children alone seemed heavy for her. Her family is still seeking to include her name among the victims of the explosion to preserve her memory. 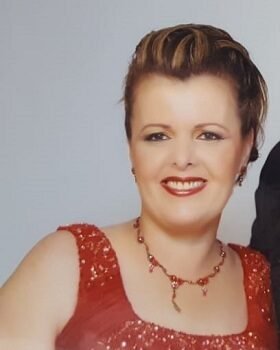 On August 4, Zahwa was feeding her son Jean, who has special needs, in her home. The explosion threw her around the house, as she smashed into the walls, hit her feet by the flying glass, and lost consciousness. After her awakening, the pain in her head continued for days, but she refused to go to the hospital. When she finally did, the attending physician diagnosed her with a stroke that damaged half of the brain, due to the strong blow she suffered... Zahwa passed away after long-suffering, and her son Jean is still asking about his mother in sign language, who is not yet aware of her departure.

Domestic Workers who have lost their lives to the Blast:

“I wanted to go to our country. We left our children and our house, and we worked, but we didn’t think that we would die here…” says the Ethiopian worker, Salam, a friend of Tighist (28 years old), the domestic worker who was killed in the explosion when she was in her workplace near the port of Beirut.

Tighist married at the age of 15, left her country and her three-year-old daughter, and came to Lebanon to be able to educate her only child, but she did not expect to end her life here, before completing her daughter's educational costs.

"I was trying repeatedly to persuade her to return home. I told her a lot that we could work together and live together, but she insisted on staying for a few years in Lebanon so that I could complete my studies at the best universities here... I did not expect all of this to happen '' This is what Kdisst wrote in her memoirs. 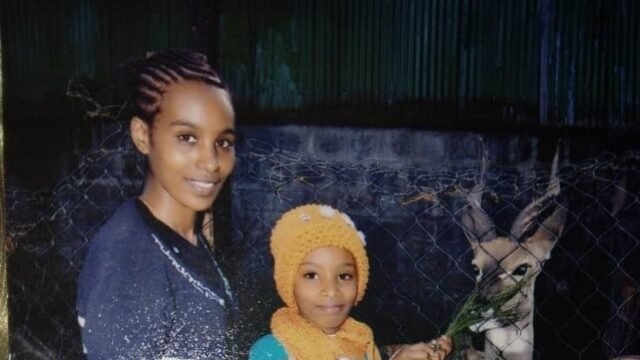 Despite the distances, Tighist and her daughter were in a close relationship and constant contact. Kdisst says that she contacted her mother two hours before the explosion to tell her about her lesson and send her new pictures, but she lost contact with her after the explosion, only to learn later that her mother had lost her life to the explosion.

The explosion left dozens of victims and injured foreign workers who forcibly left their harsh countries, only to be violated by the kafala system, abhorrent racism, and compelling living conditions until they even reached the point of death in Lebanon.

Salam says that she recognized her friend Tighist by her hair braid when she went to see her in the hospital after her facial features had completely changed because of the bruises. And she adds, "Every sound I hear feels like a new explosion... My parents are afraid every day, they keep telling me." Many foreign workers have left Lebanon due to the collapse of the economic sector, and those who remain are living with a constant fear of another explosion, which is not excluded in a country whose authority is trying to obscure the reality of the bombing with all its means. Many issues have been tackled by women activists in Lebanon such as the need to address the mental health of girls and women. The need to address that issue emerged after the Beirut blast. After the blast, many women were not equipped with effective knowledge or long-term assistance to deal with such situations.

Other organizations that advocate for women's rights were able to distribute food boxes to those affected by the blast, including vulnerable women and girls.

Women have proven to be a vital part of the Lebanese community, as they are taking the streets to demand change.

There is an urgent need for a comprehensive long-term plan to address gender issues during and beyond crises.

Effective solutions need social and legal support. Decision-makers in the state must protect vulnerable groups because they are marginalized and defenseless.

By ensuring protection, health, safety, and political representation, marginalized groups can become integrated into society and enjoy the equality that any state should provide its citizens with.

This work was done in partnership with daraj