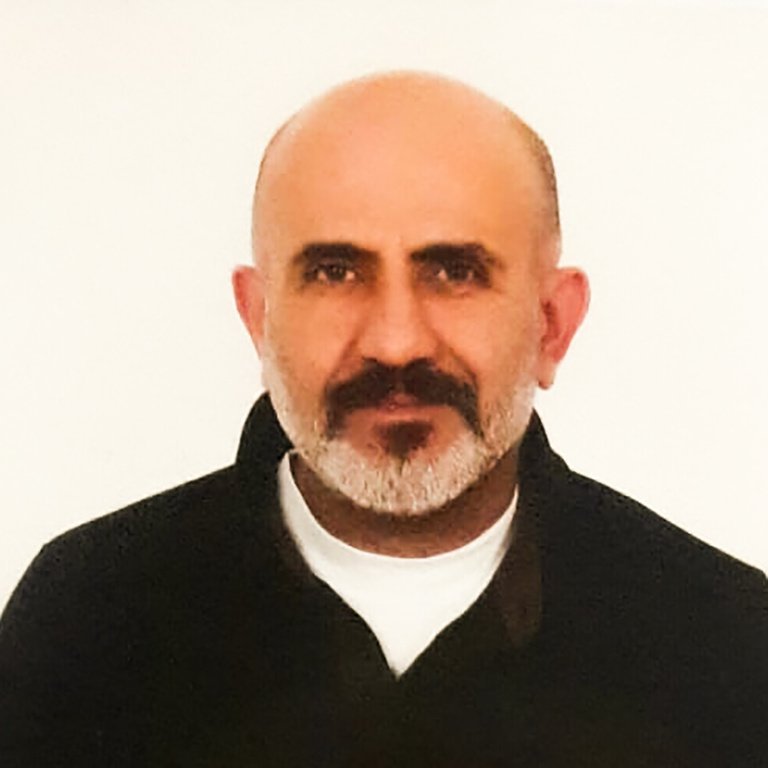 Khalil was born in 1966, and lived in Achrafieh in Beirut. He was famous in his neighborhood for his kindness and care. He would always rush to help anyone in need. Khalil was religious; he was forever grateful for God's blessings. He was very careful dealing with people, and never said hurtful words or comments.

His neighbor, Diana, fell in love with his amazing qualities, and he loved her too. They got married nineteen years ago, and lived happily in their home in Roumieh, and had two children, making their life even happier.

Family was Khalil's first priority; he would return home from work to spend time with them, he wanted to grow old with his wife, and provide a good life for his children. He wanted to see them all grown-up and successful, to celebrate their weddings, and see their children.

Khalil worked at the maintenance department at the Port of Beirut grain silos for the last twenty-three years. Despite the hardships and difficult living conditions, he never thought of leaving Lebanon; he would always say: "if they give me the world, I will not leave Lebanon or my family."

He wanted to take his annual leave in August, but he couldn’t do that because of the department's huge workload. On the morning of August 4, he left to work without saying goodbye to his children who were still asleep. He called his wife at 9:00 AM, and called her again after lunch and thanked her for the delicious food she prepared for him.

He was on duty that day and was supposed to sleep at the port. He called Diana again around 6:00 PM, and they agreed to visit our Lady of Lebanon in Harissa… At that moment, she heard a blast and asked him what it was. Khalil told her it came from warehouse number 12. Diana begged him to leave the place. Khalil told her he couldn’t leave, but he will try to hide… He couldn't finish his sentence, and the line cut off.

His family is heartbroken; they are shocked by the terrible tragedy. They will not see Khalil anymore…

He was supposed to visit his family in South Lebanon during the weekend, but he left without saying goodbye… Khalil arrived to his birth town ten days later, in a coffin, on the feast day of the Assumption of the Virgin Mary.