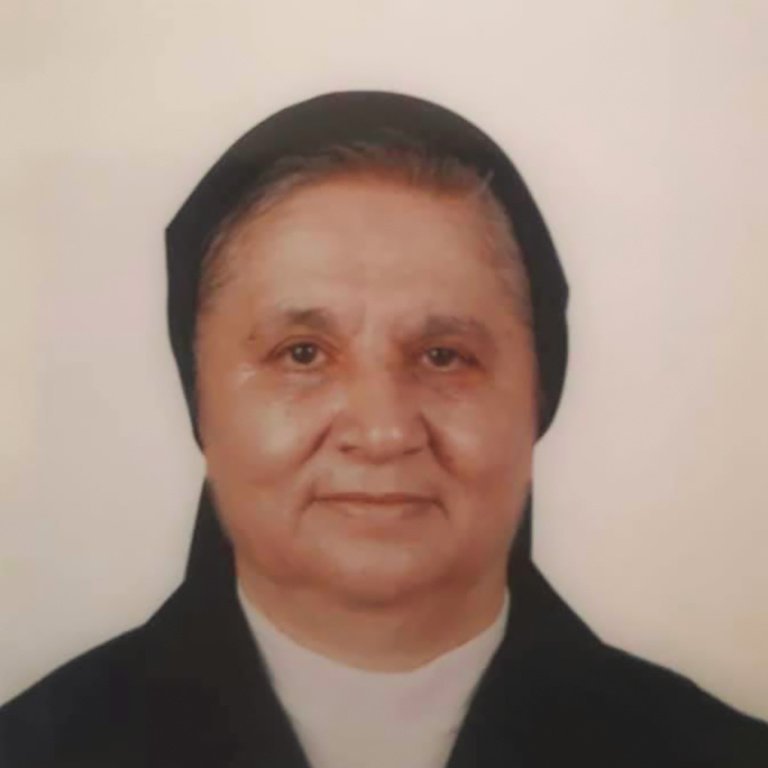 Sister Sophia read stories to the kids, she organized their parties, taking them to a world of happiness, love, and faith… She would even tell stories to older people about the history, heritage, and culture of the country she grew up in… She never thought she would become, one day, the hero of one of those stories.

Sister Sophia was a church member for the last forty years, Iranian of Armenian Origins, she came from afar… She was the youngest of four sisters, and they were raised by their mother, after their father's early passing. She left the United States, where she lived with her family, and settled in Lebanon, twenty years ago, to serve in the footsteps of Saint Vincent De Paul. In Zgharta she prepared children to their first communion, and in Achrafieh, she took care of the elderly and nursery students at the Immaculate Conception School.

The huge explosion destroyed the school facing the Port of Beirut… Sister Sophia was praying in her room, and her room literally fell over her head. her head was injured, and she was evacuated by Mother Marlene to Sacré Coeur Hospital, since nearby hospitals were hugely affected by the blast… In the streets, there was glass and rubble everywhere, and Sister Sophia was bleeding, she was in pain… She looked a final look at Mother Marlene and told her: "take care of the school, take care of our convent", and she lost consciousness. She spent two hours in the operating room to stop the internal bleeding she suffered from. But her heart stopped… She will never see her flowers again; she won't chant the religious chants with her beautiful voice… She left in silence…

Sister Sophia was a woman of few words, despite the fact that she fluently spoke six languages, Arabic, French, English, Persian, Armenian, and Turkish… She died before she could realize her dream of traveling to the United States to see her sisters. She was waiting for her Visa, but death was faster.

Lebanon told her story. The end was unusual… In stories, heroes don't die. Sister Sophia died, but her memory will live on and on. Her story will be told to generations to come. She died a tragic death… She always showed the bright side of life, but died in the darkest way possible.